Move down. Other versions.

The climate conference at Glasgow ran smoothly. The delegates, backed by the mounting climate misery of recent years, were remarkably united and resolute on many issues, until finally on the second-to-last day India discovered the blind spot in the Western field of vision − I mean the lifestyle gap − and gently deposited it on the chairman's lap.

The atmosphere of trapped indignation that then ensued, how can we explain it? Around what hot potato had people continued to pussyfoot during the conference? Let's look for it.

The delegates in Glasgow were (or kept themselves) not only relatively deaf to the rallying cries outside, but were also quite blind to the climate situation.

But why were these delegates unable to envision that way out − i.e. to sharply reduce the demand for fossil energy by dampening luxury consumption − let alone have it discussed among themselves? An answer: They were locked in between iron bars. I mean the laws, mores and standards by which we now regulate everyone's access to the earthly and material comforts of life. In particular, the way in which citizens can acquire income according to merit and can accumulate reserves (capital), and thereby organize and expand their mutual exchanges and interdependencies.

Politicians − i.e., those who set policy on behavioral restictions of residents towards each other and their environment − are swimming around constantly in national tensions between the upper, middle, lower, and penniless classes and their political camps that around each policy proposal fervently try to reduce each other's influence or to drain each other's provisions. At some point, your field of vision is invaded and occupied by that battlefield. Beyond it is nothing.

Their gaze has an enormously wide blind spot. Their climate arguments do not explore that area but spin around frantically within an narrow capitalist meritocratic frame of mind. Within this frame, the fragile social balance between the current positions of the better-off versus the penniless allows only very marginal policy space for emission-limiting measures. Nobody there wants to collect an additional disadvantage and nobody there wants to allow the other an additional advantage. In short: these delegates have been so brainwashed by the social game that they have been unable to see any other answer to this climate emergency. It is like that guy who decides not to go into the water to help a drowning person because he has no swimming trunks with him. Absolutely unable to do any thinking outside of his own order for a moment. Afterwards he is declared to be plumb crazy.

Shouldn't we accutely demand that our people's representatives eject themselves with a missile from that cramped game (about purchasing power) between population groups and countries. After all, this situation calls for completely different wordings and interventions. If the current state of emergency does not already legitimize this, then yes, what does? To implement an emergency halt to fossil fuel use, the entire status quo both nationally and abroad must be reshaped, otherwise you just won't get it done.

So for the time bei

ng, forget about rich and poor, forget about capital and debt, forget about pathetic excuses for switching off fossil machinery (cars, ships, planes, blast furnaces, refineries, chemicals, weapons) and equipment (internet), but blindly choose for survival and take the necessary minimal measures to make that happen: confiscate national means of production, set and organize production targets for basic needs, and level out and guarantee the accessibility of the population to the necessities of life.

Modi's view of the situation

And well, at the end of the conference, when it turned out that the West would not restrict or skim this wealth in any way, this looking away from, and thus protecting, their lavish lifestyles by countries with a life expectancy of over 80 years, gave reason to countries with a life expectancy of around 70 years to frustrate the speed of the coal transition. And so India finally tabled the lifestyle gap between developed countries (with most over 10 tons of emissions/inhabitant) and developing countries (with most around 2 tons of emissions/inhabitant) as a decisive argument.

Any delegate who had been paying attention when Modi in his elaborate COP speech presented "Lifestyle For Environment" as the new mantra (to replace the mantra "Sustainable Development") to the world, could have seen this coming. Modi then asserted that with that mantra: "The world today admits that lifestyle has a major role in climate change." His detailed explanation of this mantra or model: "The world needs mindful and deliberate utilization, instead of mindless and destructive consumption".

The West itself has sparked this reaction. She has served the liberal grammar (rules of the game) for the production of social power and property differences (and thus of lifestyle gaps) as a self-evident no-go in her attitude and solutions in such a merciless way that it could not possibly be swallowed any longer by the low-carbon workhorses of the global economy. 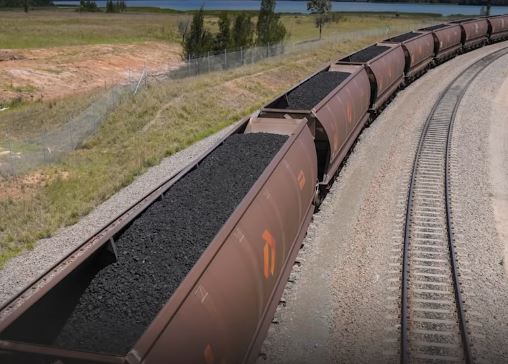 When all your emission plans show as a hidden slogan that you fully intend to maintain (and improve) your own high quality lifestyle, that you actually proclaim loudly: "we can do this!" i.e. improve your lifestyle and maintain and possibly expand your whole pattern of interaction, by switching at lightning speed to clean energy ‒ by the way, clean energy is a fantasy concept ‒ under the condition that everyone has to participate because otherwise it won't work, then you immediately get countless claims from the rearguard − who are busy with their own catching up − on your neck. Nationally, transitions always get stuck on this (see the Gilets jaunes uprising). It's the strong sentiment of: "We are already behind, and if the elite don't want to cut back (continue to think they can still risk it within the small global emissions leeway available) because they think for themselves that they can get over that barrier while they have far more reserves and better positions than we do and therefore only have to concede marginally on their luxury consumption, then we do get anxious that we can't get over it, and can fall even further behind, because the costs of transition in our case will directly impact our provision of basic needs (and not luxuries because we don't have them) and thus more directly threaten our livelihoods."

Emily Ghosh, staff scientist at the Stockholm Environment Institute, has worded the nerve beneath this liberal dirty trick a little more sharply:

"As the rich race through the remaining "carbon budget" – the amount of greenhouse gas it's possible to emit without pushing the world beyond 1.5C of warming by the end of the century – they aren't making the space for the bottom 50% of the population to grow their emissions to the point where they're actually getting their needs met"

In short: Looking away and keeping quiet about this basic conflict between the better-off and penniless classes (nationally and internationally) is pointless, for there are two reasons why it is increasingly difficult to sneak around it. First, as the carbon budget shrinks visibly, the associated lifestyle gap is becoming more cruel and criminal (= premeditated murder)). Second, energy-intensive lifestyles need to be addressed (see this analysis) and made impossible, because the superfluous emissions space resides therein, and absolutely nowhere else.

So, for the time being, we need to ditch the current mechanisms (via income, inheritance, borrowing) around access to resources (which create rich and poor), introduce different rules of the game, and face radical climate action together. By levelling everyone down to a basic level of consumption, we can quickly implement enormous production volume restrictions, and thus reduce energy consumption so drastically that the entire fossil infrastructure can be put out of action. It is the only way.

But the IPCC (see the April 2022 report on mitigation) would rather not tackle this gold mine for emission reduction as rigorously as outlined above. They are already delighted that the Americans have allowed them to use the word 'lifestyle' – as shown by Kerry's hasty dismissal in this interview with Reporterre – so they tackle the subject with kid gloves and slightly put it in the firing line by stating two things very clearly:

Yes, they put them in the line of fire. But they don't dare point a gun at them. They limit their meddling with lifestyles to a lot of suggestions, and that's it. This is understandable cause they do not yet see an emergency,

Note: they will not and cannot see an emergency because, as soon as one pops up in their IAM model calculations, unlimited carbon-capture techniques are sent into the field from the dugout in order to neutralize such a boundary crossing. Reason for Tim Kruger of the Oxford Martin School to dismiss this way of calculating ‒ i.e. to bring (inside prediction models), when and where necessary, options in operation that in terms of (a) technology, (b) application at any scale, and (c) repercussions on surrounding dynamics, are totally based on monodisciplinary drawing board validity ‒ by saying: "these prescriptive, unfalsifiable models are a "profoundly misleading and dangerous influence on policies".

and therefore they see no reason to urge governments to declare a state of emergency and to level and regulate citizens' access to emissions through distribution or personal carbon budgets.

But I admit that given the iron fact that any restriction of consumer choice conflicts with the laws of the liberal market economy, the fact that they have dared to hang the carbon intensive lifestyles visible and touchable in the highest tree for everyone can already be interpreted as a significant step towards lynching the common belief that they are untouchable.

Jac Nijssen, 2022
This article has been written April 2022.
A rudimentary Dutch version was published on duurzaamnieuws.nl  at the end of 2021
English version also in pdf available